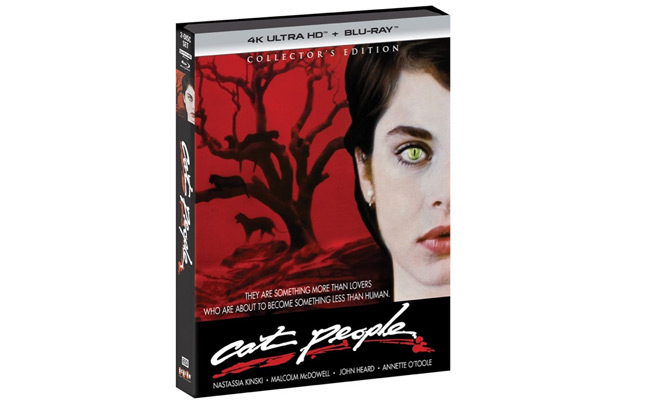 Scream Factory have dipped into the past and are bringing the 1982 remake of Cat People to 4K Ultra HD Blu-ray for the first time. Expect the Collector’s Edition to land right-side up on its August 30th, 2022 release date.

Pre-order Cat People on 4K and Blu-ray combo for a discounted price at Amazon.

You can also pre-order Cat People in 4K at ShoutFactory.com and receive an 18×24 poster of the original theatrical one-sheet artwork.

The Cat People 4K video presentation comes from a 4K Scan of the original camera negative in Dolby Vision (HDR 10 compatible). This new transfer is also utilized on the inclusive Blu-ray 1080p presentation.

Here is the older Cat People Blu-ray trailer for a refresher.