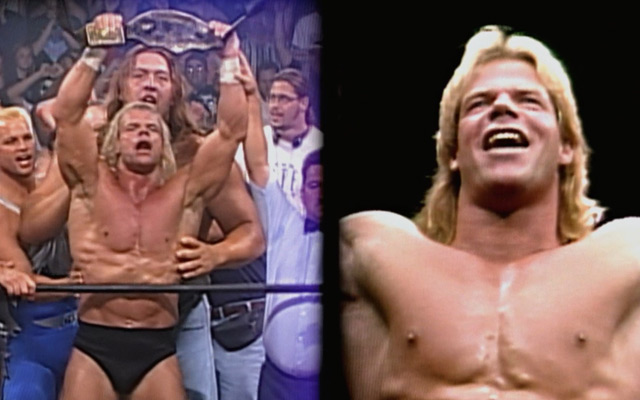 Behold the meteoric rise and dark fall of Lex Luger aka The Total Package in the next WWE Legends: Biography installment. Lex’s roller coaster ride, and where he is now, are not to be missed in Season 2 Episode 5 of the ongoing WWE documentary special series.

The Lex Luger Biography episode has a premiere date and time of Sunday, August 7th 2022 at 8/7c on the A&E cable TV channel. It will be immediately followed by new episodes of WWE Rivals and WWE Smack Talk.

Find out how to watch Lex Luger A&E Special streaming online free without cable by utilizing a Philo free Trial.

Did you miss the Lex Luger A&E Biography when it aired live? Don’t worry if you did as Philo keeps A&E programming ready and available to watch whenever you’re ready to watch them. Jump in with your Philo free trial, search for Lex Luger by name in the Philo app and start streaming the A&E Lex Luger documentary special immediately.

The official synopsis for Biography: Lex Luger reads, “This episode shares the story of WWE Legend Lex Luger–The Total Package. Boasting an impressive physique, Luger was given the moniker “The Narcissist” and later “The All American” by Vince McMahon himself. Luger found his home with the WCW, and his matches helped cement the legendary rivalry between WWE and WCW. But Luger’s winning streak came to a grinding halt with drug and alcohol abuse, jail time, and the tragic death of his girlfriend, Miss Elizabeth.”

The other known and confirmed WWE Legends: Biography Season 2 subjects include, in order of their premieres, are The Undertaker, Goldberg, The Bella Twins, Kurt Angle, and Lex Luger. There could and should be upward of three more additional episodes.

Expect each new Season 2 episode to premiere each subsequent Sunday in the same 8/7c time slot exclusively on A&E.