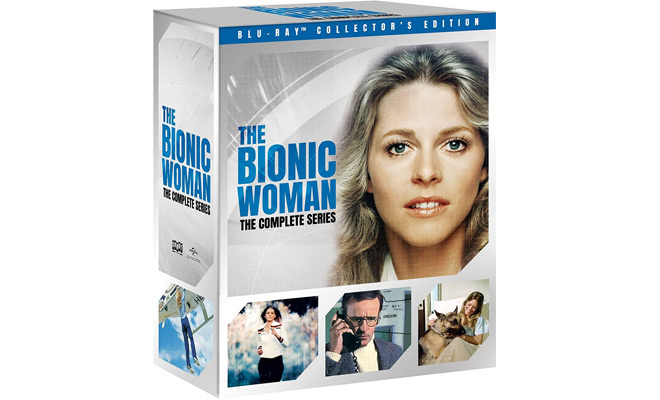 Fans of The Bionic Woman TV series will be thrilled to hear that The Bionic Woman: The Complete Series starring Lindsay Wagner is debuting on Blu-ray this year. The August 30th, 2022 release date is locked in and ready to deliver the world’s first female cyborg in HD.

Pre-order The Bionic Woman: The Complete Series on Blu-ray for a discounted price at Amazon.

Shout! Factory is delivering this impressive box set as a Collector’s Edition including all 58 episodes from the series. A total of 18 discs are needed to fit them all.

Each episode of The Bionic Woman has been sourced from the 2010 interpositive film elements struck from the original negatives for HD .

For bonus features, numerous new audio commentaries and interviews have been added to legacy extras, including from Brian Cranston. Here is the lengthy rundown of what is included by season of The Bionic Woman.